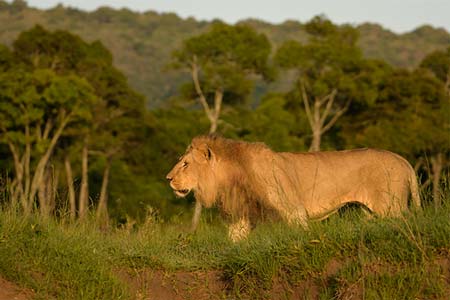 Top 5 Photography Places in Africa Where You Should Go

Africa is the ultimate hub of beautiful landscapes and wildlife. An adventure into this gorgeous continent and a chance to capture its untamed beauty through your camera would give you a treat of a lifetime.

We have explored this wild world packed with marvel and surprises and picked out the best locations for taking acclaimed pictures. Each site will offer the unlimited inspiration needed to take breathtaking nature shots.

Dive in to learn about our favorite list of photography destinations- locations that will without debate also afford you the ultimate African safari experience. 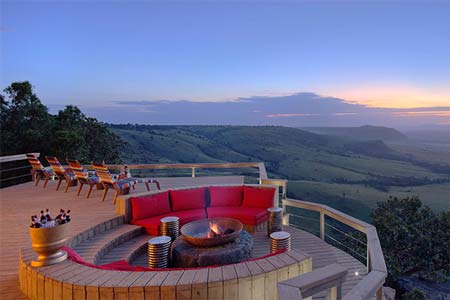 Among the Seven Wonders of the World is the Wildebeest Migration. If there is a must-go place for every nature enthusiast, photographer, or filmmaker, then this has to be it.

The Mara plains, together with the Serengeti National Park in Tanzania, form one of the most magical, incredible, and indescribable scenes in the entire world. If you visit between July and October, you will get the chance to take rare snapshots of Africa’s most astounding cycles of life.

During this time of the year, over 2,000,000 wildebeests and other wild animals migrate from the drier parts of Tanzania’s Serengeti in search of water and grazing lands in Kenya’s Maasai Mara. This grand and treacherous journey spans over 3000 kilometers and is nearly endless.

What makes this spectacle of nature epic is that it does not have a distinctive start or end. The animals move in a rhythmic clockwise direction, and this makes any time of the year an excellent time to take pictures of different herds.

Here, the migrating wildebeests, gazelles, zebras, giraffes, rhinoceros, and Cape buffalos provide a feast for lions, leopards and cheetahs, not to mention crocodiles in the Talek and Mara rivers. It is survival for the fittest, and this gives photographers infinite opportunities to take outstanding shots.

Additionally, this National Reserve is slightly bigger than LA and stretches for around 370,000 acres. The landscape is mainly open grasslands of a golden savannah that is dotted with craters, kopjes and thorn trees.

Moreover, the Mara-Serengeti ecosystem is comprised of the BIG 5 and other animals that travel in smaller groups such as hyenas, hartebeest, impalas, and jackals, just to mention a few. 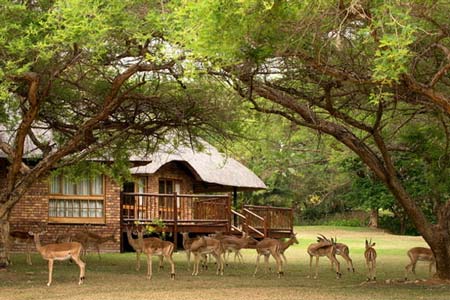 Another iconic photographer’s paradise that will give you a chance to take award-winning photographs is the Kruger National Park, located in northeastern South Africa. This is one of the largest game parks in Africa.

It is home to not only the BIG 5 but also over 100 reptile species, 500 bird types and nearly 150 different mammals. With luck, you may even get to take pictures of rare animals such as the honey badger, serval, and caracal.

This location has a range of archaeological sites and an impressive diversity of flowers, tropical trees, and bush plains. The Limpopo, Olifants and Sabie rivers bring life to this intriguing network that spans across over 19,633 square kilometers.

One of the filming locations for the globally renowned animation Lion King is South Africa and the Kruger reserve in specific. If this happens to be one of those Disney movies that made your childhood exciting, visiting it as an adult would be heartwarming.

South Africa’s Kruger Park lures photographers from all over the world because of its genuinely spectacular sceneries and its densely populated exotic wildlife.

If you are in search of boundless photography opportunities, you should consider exploring rainforests. Shooting in the jungle is a priceless experience for both seasoned and budding photographers. The Madagascar rainforests are home to 50% of animal species on earth.

Dense tropical forests account for a mere 6% of the planet, and this is what makes the Andasibe-Mantadia reserve a real gem.

As a photographer, this forest will be a feast for your eyes. You may even get a close sighting of the Indri, also known as babakoto, which is one of the biggest and most famous lemurs. There are eleven lemur species in this reserve.

You could site the bamboo lemurs as well as the greater dwarf, rufous mouse, aye-aye and the eastern woolly babakoto.

Apart from the fantastic diversity of flora and fauna in this location, photographers, with the help of their guides, can discover new scenic areas and viewpoints. You ought to schedule to explore late in the afternoon or early in the morning to take advantage of the beautiful light.

The Indri Special Reserve is home to a record number of reptile and frog species. It has over 100 bird species including the long-eared owl, wagtail, green sunbird and Madagascar falcon. You also have good chances of seeing chameleons such as the tiny nose-horned and Parson’s chameleon, which is impressively long.

Moreover, the biodiversity in Mada rainforest makes it hard for photographers to go wrong, irrespective of their photography goals. With thousands of flora species, including over 1,000 types of orchids and of course, the nationally treasured lemurs, natures magic will be all around you.

The Kalahari Desert in Botswana 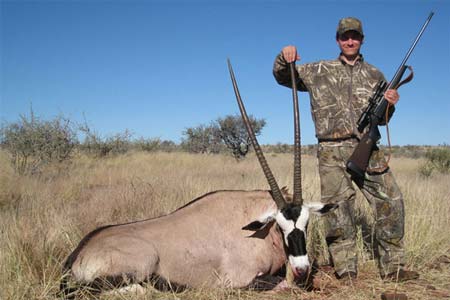 One of Africa’s most interesting landforms is the Kalahari Desert. Although this miracle of nature is dry, it overflows with life and you are promised a chance to leave with a memory card full of extraordinary images.

Because it is challenging to survive in areas with extreme hot and cold climates, the animals native to the Kalahari are astounding. A good number of the most dangerous cats in the world, such as cheetahs, lions, caracals, and leopards, are found in these drylands.

You may also get the chance to take shots of the Oryx/Gemsbok or even the eland, which is Africa’s largest antelope that can weigh over 900kg.

To the surprise of many, over 400 plant species flourish in Kalahari’s sand. The soil allows plant life because it retains water. As you head north, the arid lands turn into greener areas with more diverse plant life, including densely populated woodlands with shrub thickets and Acacia trees.

There are several wildlife conservation areas and reserves within the desert. They include the Kgalagadi Transfrontier Park, the Khutse Game Reserve and Central Kalahari Game Reserve which is ranked the second largest protected area globally.

What makes the Kalahari outstanding is that about 60% of these “thirstland” supports plant and animal life, unlike other drylands. This location will afford you a premium photographic safari into the untamed African wilderness.

From the sand dunes to the vast rust-colored valleys, you can dive into the real wild and leave with trophy worthy photography.

The Volcanoes National Park in Rwanda 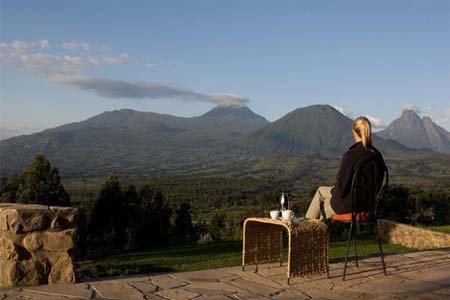 Nothing can measure up to the experience of taking up-close shots of a band of 500-pound gorillas and their young ones in their natural habitat. These wonderful creatures are unpredictable. Sometimes, they may choose to ignore your presence.

Then again, there is always a chance that the dominant silverback will stand up, knuckle walk towards you and look you straight in the eye!

The Volcanoes National Park is the smallest game reserve in Rwanda, and yet it is the oldest one in Africa. Apart from being home to the endangered mountain gorillas, it also has five, out of the chain of eight Virunga volcanoes. This creates an impressive, adventurous, and breathtaking scenery.

Gorilla trekking and mountain hiking go hand in hand. You get the chance to walk as you take photos that make a thousand statements about the biodiversity of the park.

Adventurers, filmmakers, and photographers are guided into the wild where they spend hours exploring the hidden treasures in the thick bushes.

Even though the Virunga Volcanoes stretch to parts of Congo and Uganda, Rwanda offers the easiest to access gorilla experience. While in the pursuit of photographing these rare beauties, you will walk across flat areas as well as difficult and uneven terrains.

You may also cross a few streams, and while this may mean getting wet to your shins; the whole experience is more natural and thrilling.

Taking snapshots of mountain gorillas is not the easiest photography subject. However, it is without debate very rewarding.

A photographic safari in Africa is among the greatest adventures any traveler or photographer can embark on. When this magnificent continent is mentioned, most people visualize a location that echoes beautiful, fearless, brave, untamed wildness and biodiversity.

These are merely a few wondrous locations that can offer an unforgettable photography escapade.